Technology
June 27, 2021 Namanya Elias Makuka 0 Comments Tecno’s Phantom X
The Phantom series has always been Tecno’s best line of smartphones and the Phantom X is this year’s entry. This is the first Phantom smartphone as a standalone sub-brand for premium mid-range smartphones and you can see the quality upfront by just how well built it is. Unlike the predecessor, you have Corning Gorilla Glass 5 on the front and back of the smartphone and not a glasstic or glossy finish.

You can tell the Phantom X is the beginning of a new chapter in the premium series foray as an independent brand. Without further ado, these are the key features you have on the smartphone.

Phantom X Specs and Features at a Glance

You can tell this Phantom stands out from the rest starting with the design. As mentioned earlier, the Phantom X is covered in glass front and back with the display spilling over the side as it is blended into the side of the smartphone. The cameras are arranged vertically at the center on the back and that’s about it on the back giving it a clean look. Not to forget, you have the fingerprint scanner built into the screen in line with the latest trend.

As far as making use of space goes, the display on the smartphone covers most of the front leaving little in the way of bezels at the top and bottom. The screen is Super AMOLED which means you enjoy deep black and a nice contrast with a Full HD resolution to help. The 3D borderless display is curved at the side blending into the side of the smartphone quite nicely.

In addition, there is a 90Hz refresh rate to make navigations smooth and seamless. In that regard, there is a fingerprint scanner at the lower part of the screen that unlocks your phone in 0.4s according to Tecno.

The smartphone has a lot of cameras on it all of which combines for a total of 148MP featuring two front cameras and three back cameras. The rear combination has a wide-angle 50MP main sensor, a 13MP telephoto and an 8MP 120o angle ultrawide camera. This is capable of shooting 4k videos at up to 60fps and 30fps with the main sensor having Dual Pixel and Laser autofocus. In addition, there is a quad-LED flash lined up beside the rear cameras as well for more visibility.

Furthermore, there are two cameras punched into the left side of the screen with a 48MP primary camera and an 8MP 105o angle ultra-wide camera joined by a dual-LED flash.

For performance, the Phantom X has a mediocre 12nm octa-core MediaTek Helio G95 processor equipped with a Mali-G76 MC4 GPU. Compensating for this is an 8GB RAM and 256GB storage space built-in and a vapour chamber cooling system for heat dissipation.

On the other hand, the smartphone draws power from an ample 4, 700mAh battery which is good enough for a standard ‘a day’ use. That’s not all, you also get to enjoy 33W fast charging which is said to give 70% in 30 minutes. 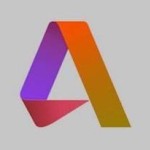 Writer for Parrotsug.com Featured in the Goal Mirror – https://goalmirror.com and Life Style – https://uglifestlye.com. Faithful follower of Mbarara City Fc. I love writing on both Technology and sports. In football, I try to focus on the weird and bizarre happenings in football. Namanya Elias Makuka is the CEO of NS Media Network

Writer for Parrotsug.com Featured in the Goal Mirror - https://goalmirror.com and Life Style - https://uglifestlye.com. Faithful follower of Mbarara City Fc. I love writing on both Technology and sports. In football, I try to focus on the weird and bizarre happenings in football. Namanya Elias Makuka is the CEO of NS Media Network

Did July 2021 lay grounds for the end of the Messi- Ronaldo superiority contest?

How to Block a User or Spammer on Google Drive

By David Natukunda, A 16-year female juvenile in Lwadda A Matugga village was on Thursday evening found dead in her lover’s

We are aware of the financial solvency of the contractor, minister Jim Muhwezi defends J.S.Company Global Security contract deal.

No need to drive a huge vehicle when voters are suffering, MP Ssegirinya

Kampala: The Kawempe North MP Muhammad Ssegirinya has said he will give away the UShs 200 million meant to buy

Brick makers in Mbarara want gov’t to support their business

Did July 2021 lay grounds for the end of the Messi- Ronaldo superiority contest?

Rwanda pulls out of CECAFA U23 tournament